At Peruvian Naturals we are excited to announce that this month’s earnings pledge to support agriculture in Peru went to a farmer in Arequipa, Raul Gregorio. According to his Kiva profile: 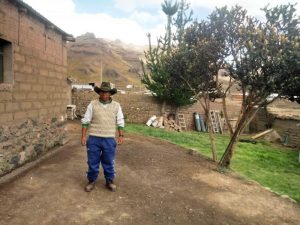 Raul is a hardworking gentleman who is 42 years of age. He lives with his four children in the town of Orcopampa, which is located in Arequipa.

Raul raises cattle. He looks after and feeds his animals with a great amount of attention so that he can sell them at a later time. Raul is requesting a microloan so that he can buy pigs to sell, which will allow him to increase his earnings.

This loan is special because it expands access to financial services for rural clients.